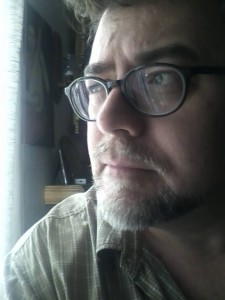 A graduate of San Diego State University, Walter Bosley started making films in junior high school, where he also began writing fiction. After earning a BA in journalism, Bosley worked briefly in the film industry as a production assistant on commercials and a feature film. He then decided to pursue an adventurous path worthy of its own stories and films: counter- espionage and counter-terrorism. He spent nineteen years working with the FBI, the AFOSI, and other US federal organizations. During that time he wrote his first novel as well as his first screenplay, 10 East, a spy thriller that placed in a screenwriting competition. In 2002 Bosley founded his small press adventure fiction publishing company, Lost Continent Library. His first novel, written under the pseudonym E.A.Guest, was Secret of the Amazon Queen, a pulpy jungle potboiler which is currently in pre-production as a feature film with Barron Entertainment. In 2008 and 2009, Bosley published and edited an e-zine named after his company. In 2011 he wrote another ‘E.A.Guest’ novel, Tropic of Despair, furthering the adventures of the hero from the first book. He also developed the original story which was adapted by Paul Kimball into the screenplay for The Cuckoo in the Clock, and his other novel I Will See You In Time was published (under his own name). Bosley has also authored two recent non-fiction books, Latitude 33: Key to the Kingdom, and Empire of the Wheel: Espionage, The Occult and Murder in Southern California. He frequently sits in as an unofficial co-host on the critically-acclaimed radio show Radio Misterioso, and has also appeared on numerous other radio programs, including Coast to Coast AM, The Kevin Smith Show, and Dark Matters Radio.