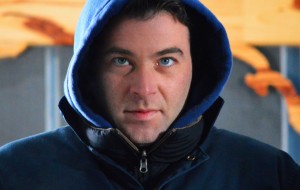 Jacob James plays Nick, a rakishly charming man in his early thirties who owns the vacation cabin in which Lara and Eve take refuge. After an initial confrontation with the trespassers he decides to offer them sanctuary instead of reporting them to the police. Lara begins to question his motives, however, when he strikes up a friendship with Eve, who in turn shows an interest in Nick that Lara fears may go beyond simple gratitude.

Jacob is a graduate of The National Theatre School of Canada, The Stratford Festival Conservatory and The Second City Conservatory. He spent six seasons as a leading actor at the renowned Stratford Shakespeare Festival, and has appeared in over 25 productions of Shakespeare’s plays. In 2010 Jacob appeared in the Canadian premiere of The 39 Steps, and in 2011 he starred as Billy Bishop in Billy Bishop Goes to War.