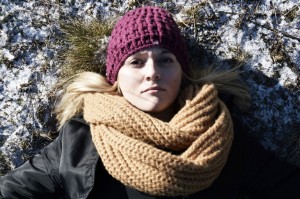 Brittney Jean Blake plays Eve, a young grifter in her early twenties. On the surface she seems good-hearted and kind, as if she’s been pulled into the “game” not because she wants to do it, but because she wants to help and please the woman she says she loves. But Eve harbors a dark secret that could destroy both her and Lara.

Brittney Jean is an actress, musician and model who hails from Halifax, Nova Scotia. A former beauty queen, Brittney has appeared in a number of commercials, music videos and short films. The Cuckoo in the Clock is her first lead role in a feature film.