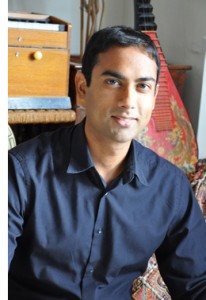 Imran Ahmad is a British – Indian Film Composer and Music Producer based in London, U.K.  His music has been broadcast on UK and international television (BBC, Channel 4) and commercially released worldwide (UK, USA & Japan). Imran composed the music to a zombie feature film set in West Africa – The Dead, which screened at the Cannes Film Festival in 2010 – and has since followed it up as the composer on The Dead 2 andRoundabout. The film was released worldwide in Autumn 2011. He has also composed music for several documentaries, notably multi-award winning Mayomi which is an intimate portrait of a young woman’s struggle in post-tsunami Sri Lanka. Imran is co-director and producer of 4Dio. A multimedia company creating “audio movies” – produced with a professional cast of actors, movie quality music and sound effects.